The municipal city website of McCall City in Idaho was hacked by a Kurdish group claiming to be an anti-ISIS and anti-Turkey outfit last week. The group also proceeded to then deface the city’s municipal website.

The McCall City website is the website of the resort town in Valley Country and hosts important information such as police department details, facts and information about the park department along with other local events. Unsurprisingly, the city website also hosts information on the City’s Council meetings as well, as reported by Bat Blue, a cloud security firm. 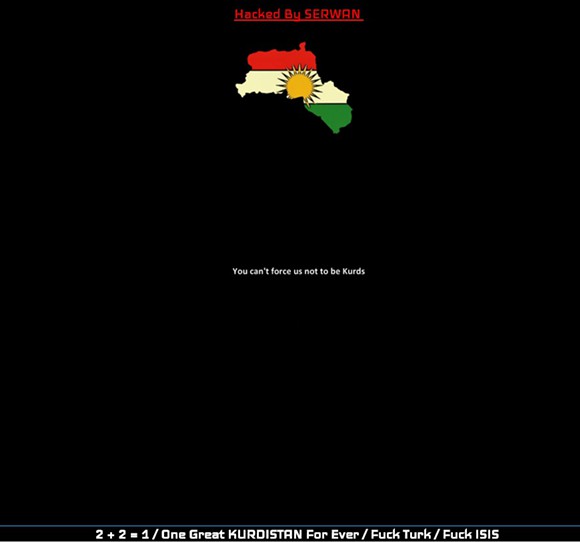 The Kurdish hacker(s) who took control of the website claimed to being both anti-ISIS and anti-Turkey as they put up a banner on the website that read: “Hacked by Serwan | Kurdish Hackers”. The entire background of the website was smeared with black that went in tandem with an image of the Kurdish flag. An accompanying image also detailed the map of the region that encompasses several countries. The region fundamentally includes northern Syria, south-eastern Turkey, norther Iraq and north-western Iran.

The hacker also wrote the following on the McCall city website:

I will be fighting for as long as I live. You can’t force us not to be Kurds…We have always been Kurds and always will be.

Furthermore, a video embedded on the website played a song about the Kurd region with English subtitles. The region in focus, Kurdistan, is not officially recognized as a country. Kurds however see it as their cultural region and land, home to ethnic Kurds.

Speaking about the hacking incident, Erin Greaves, communications manager at the City of McCall said:

Greaves also confirmed that no personal information was breached nor compromised during the hack.